In order to highlight the launch of a special edition of their paper about creativity, Les Affaires wanted to create a stunt in downtown Montreal.

Inspired by the fact that behind every buinessman, a creative is hidden, our agents were wearing a colorful morphsuit under their suit. To attract attention of passers-by even more, the actors were kidding with people and also produced some impressive acrobatic movements.

Over 8,000 papers were distributed in a single day and the squad managed to be as visible on social media as they were in the streets.
Agency: Youville
Client: Les Affaires (Transcontinental)
Category: Guerilla marketing
Roles and responsibilities: Creative director / Copywriter 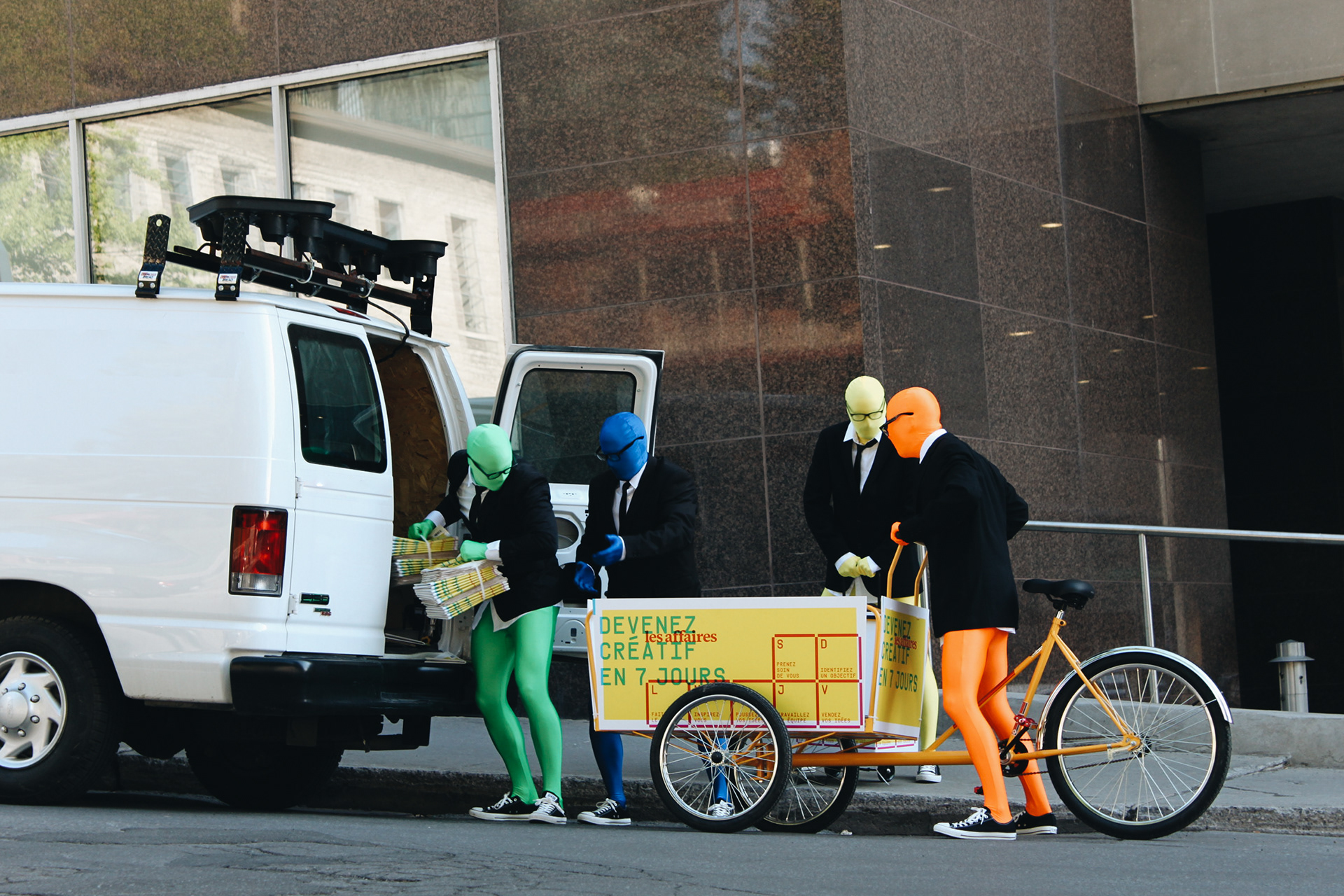 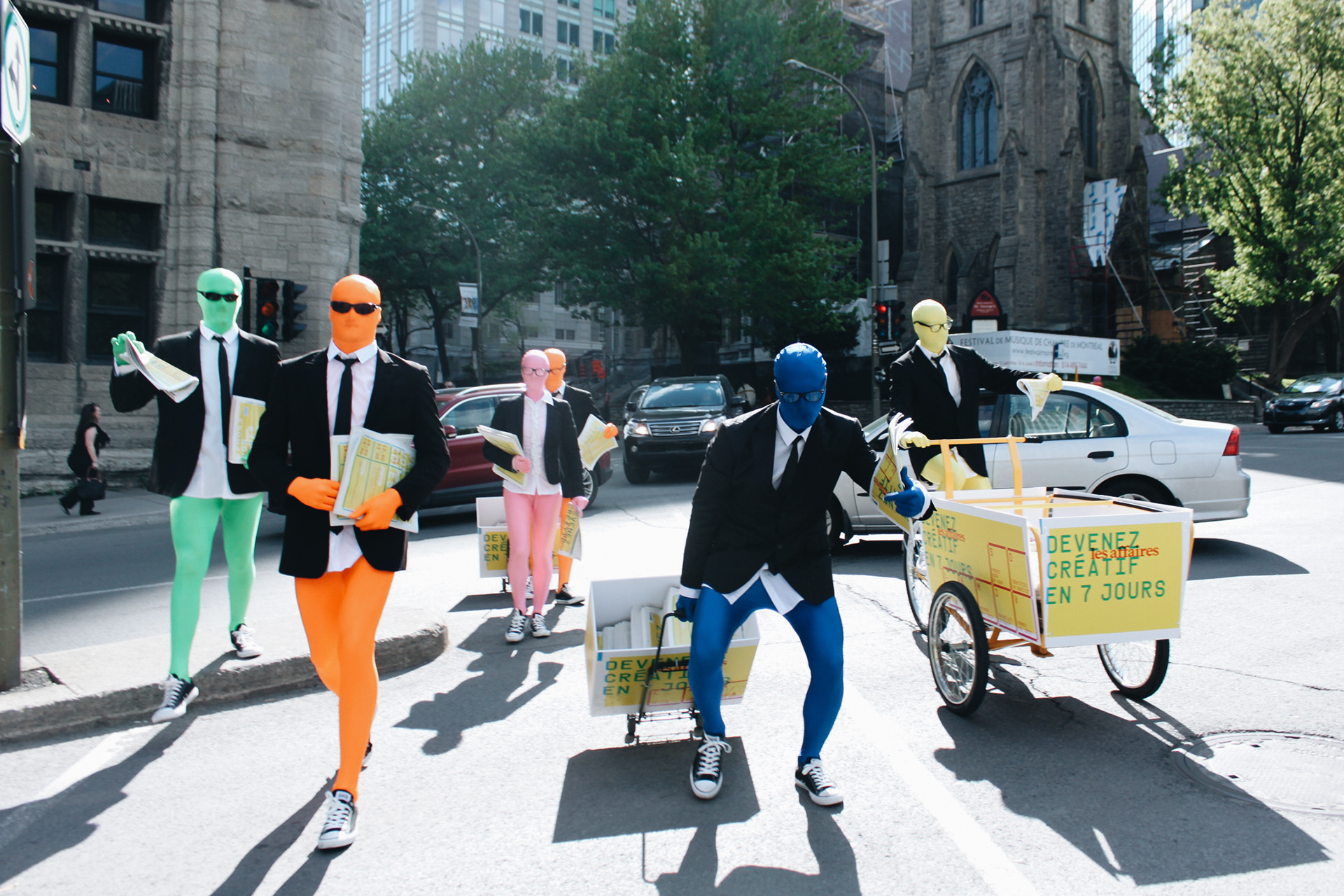 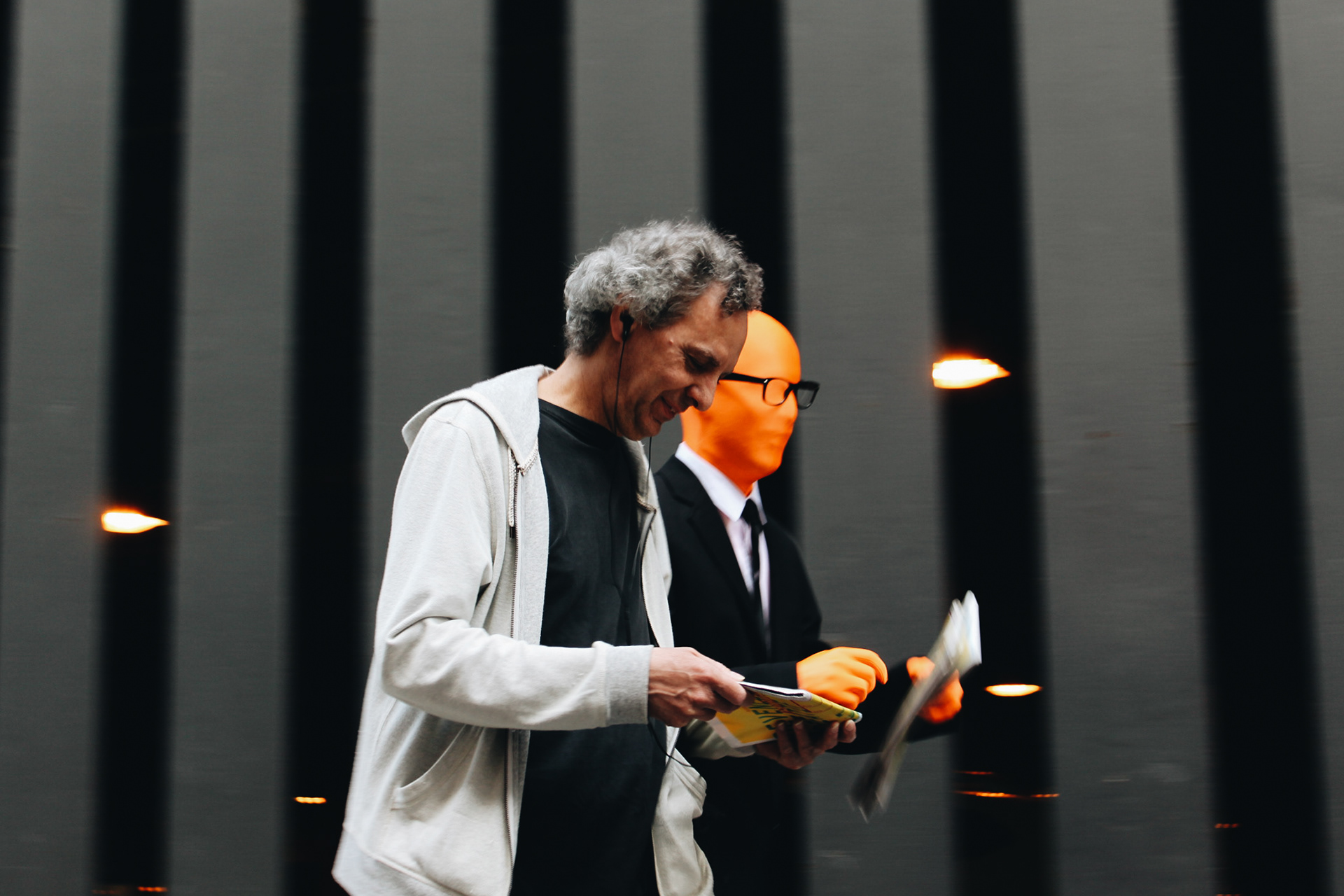 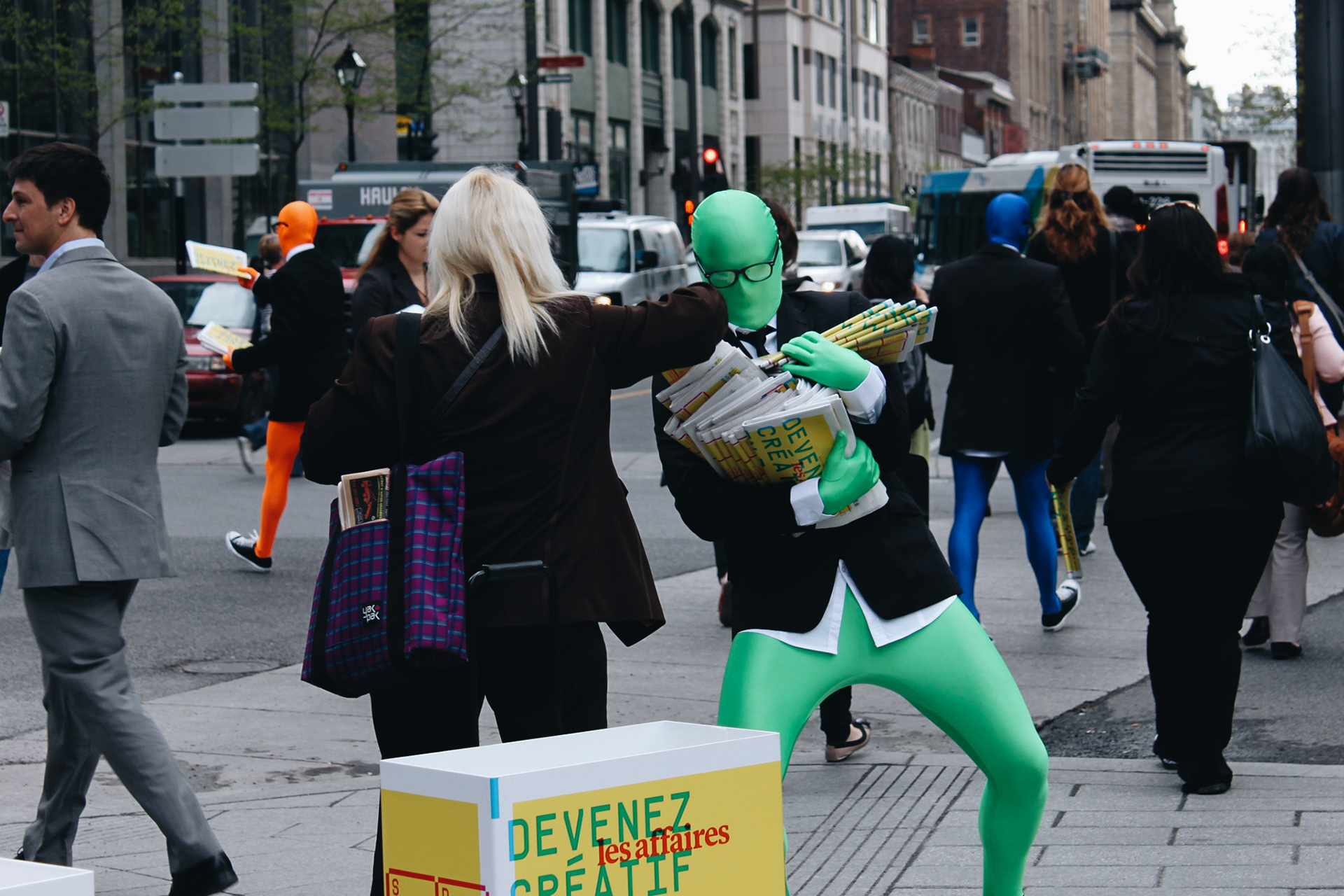 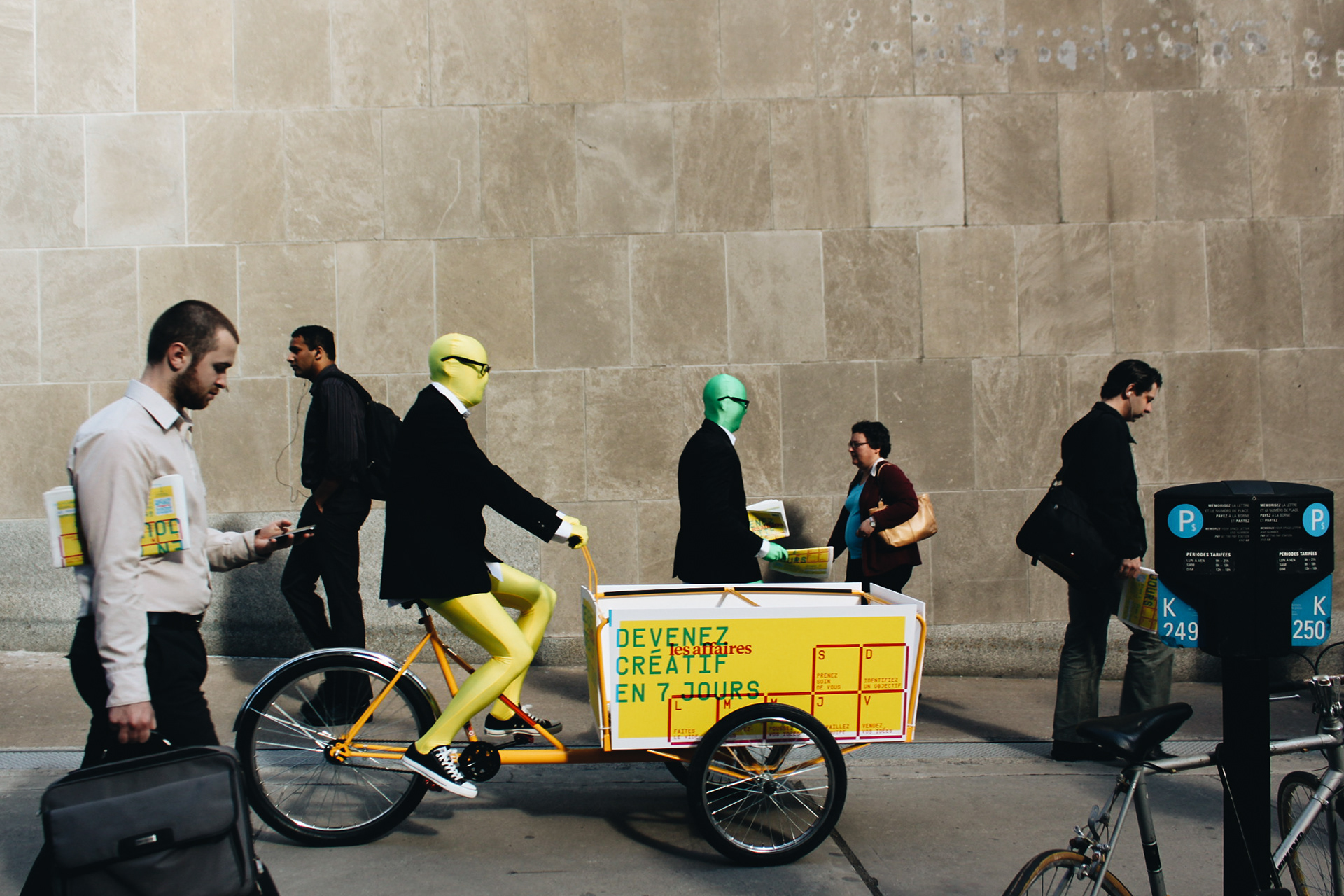 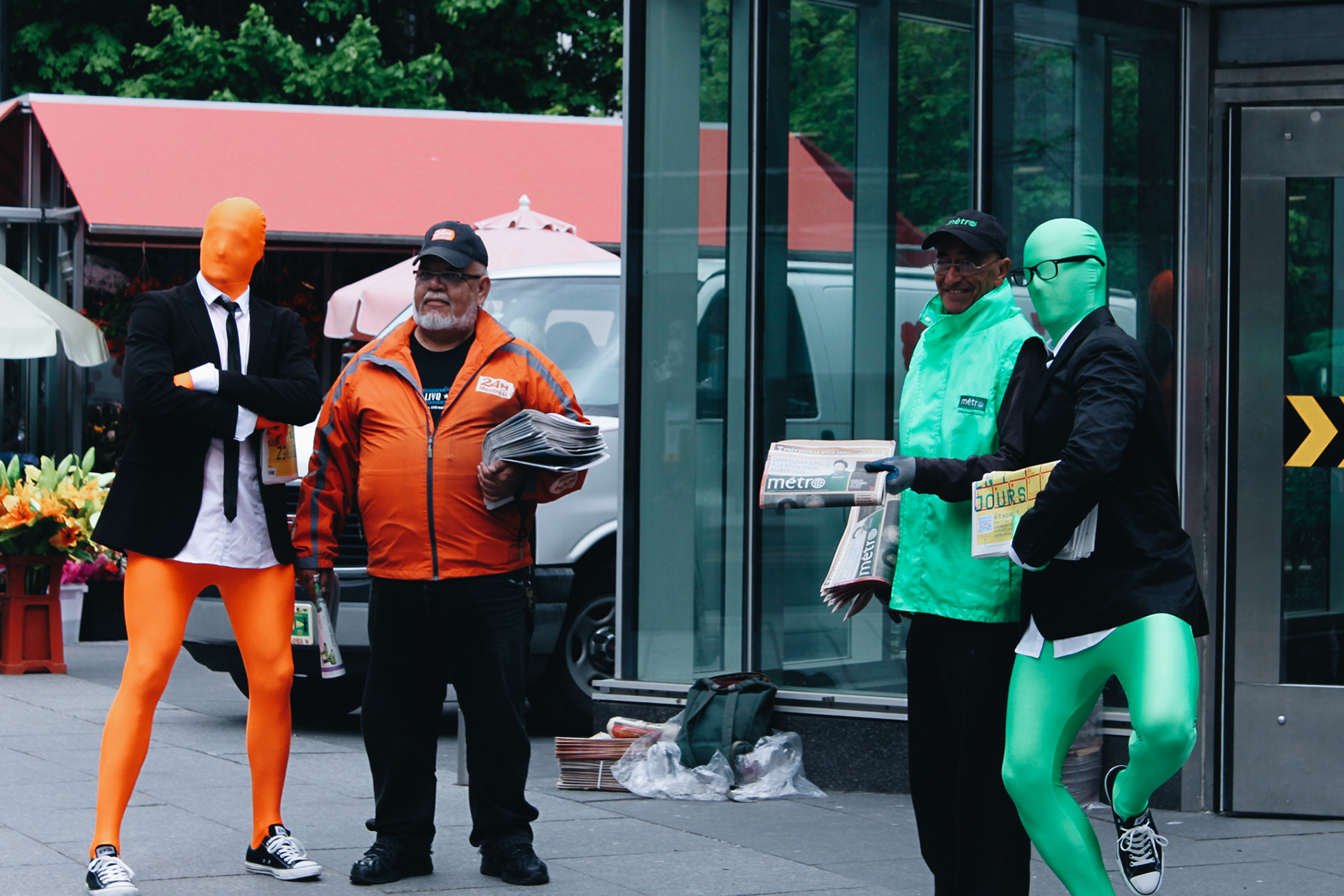 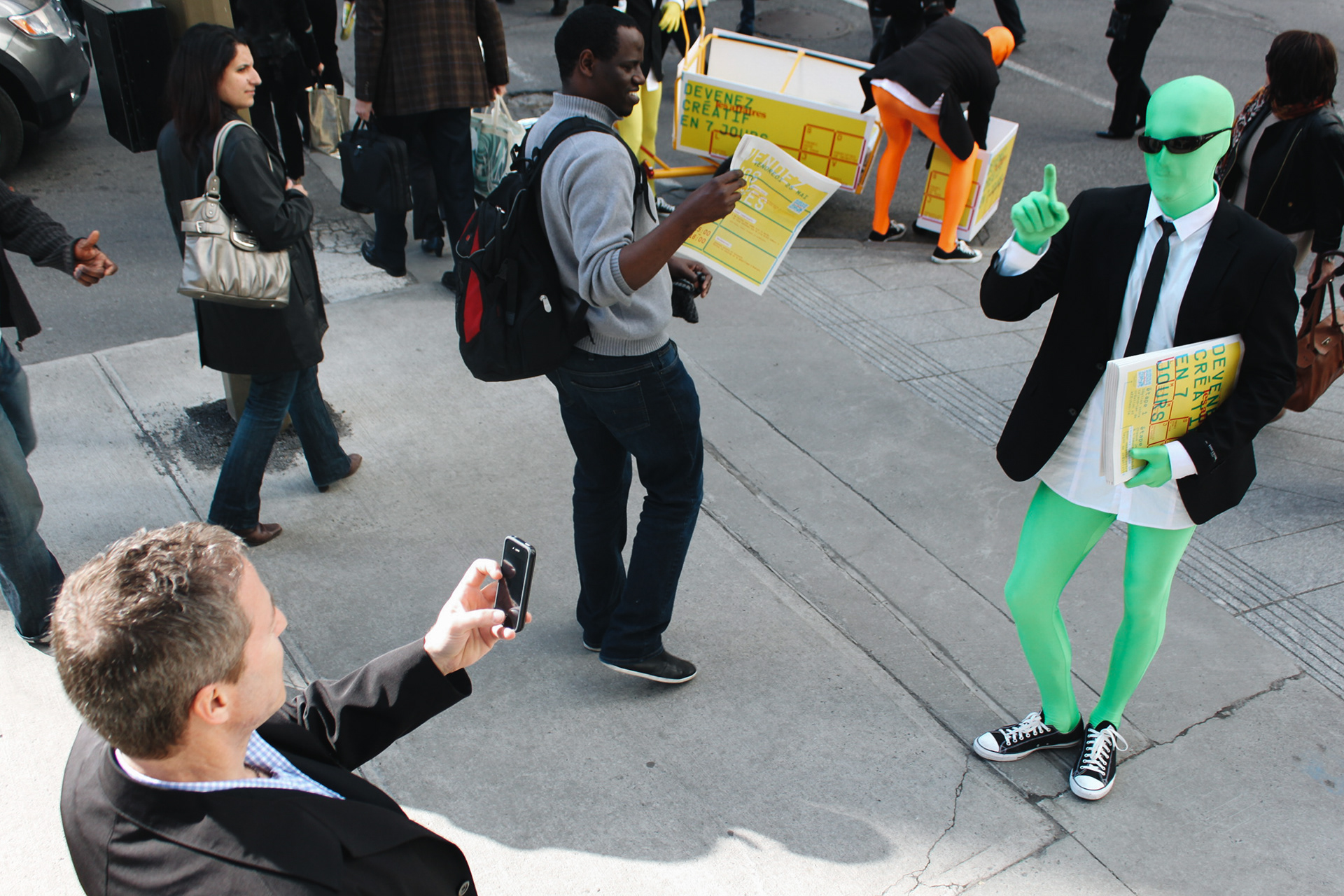 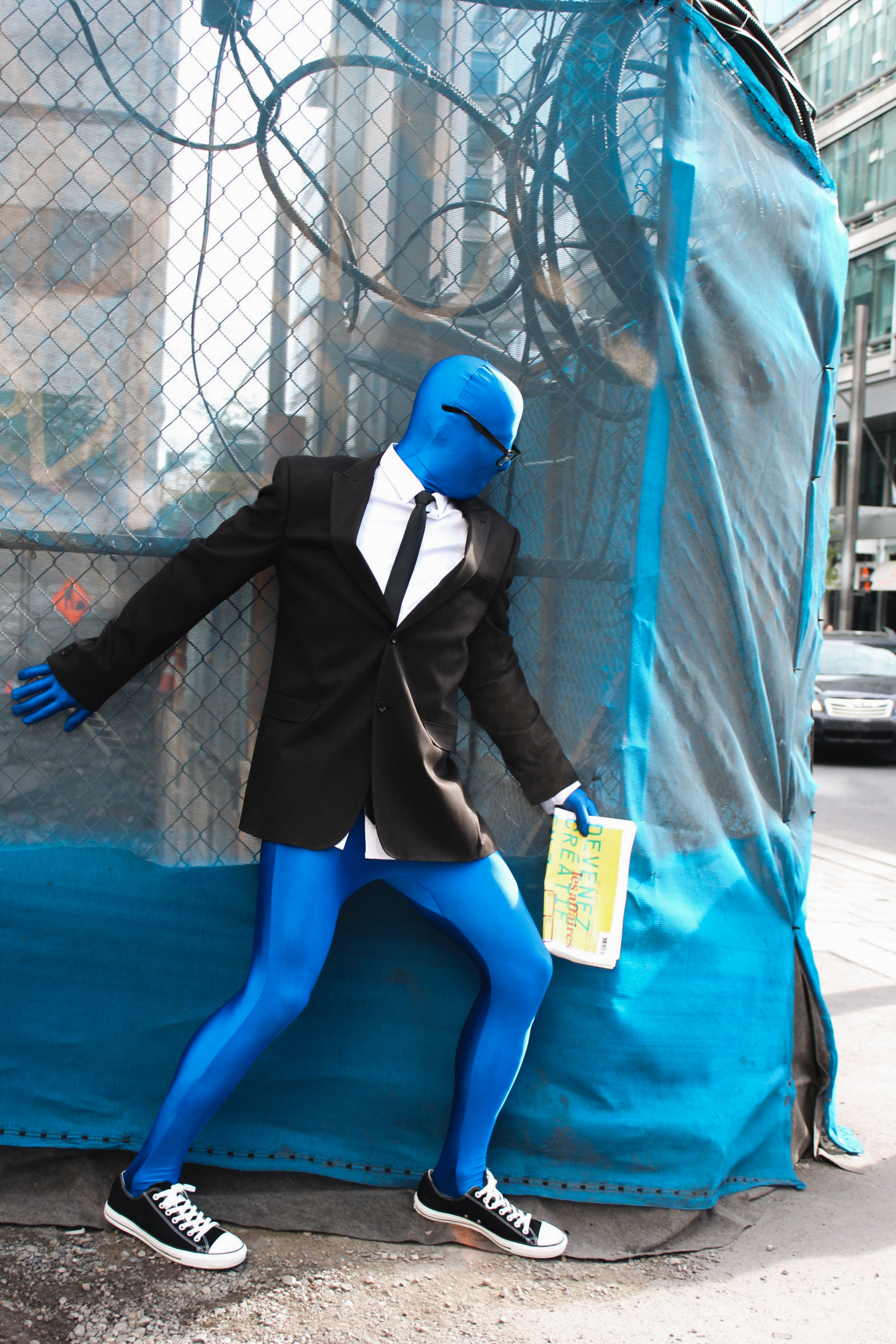 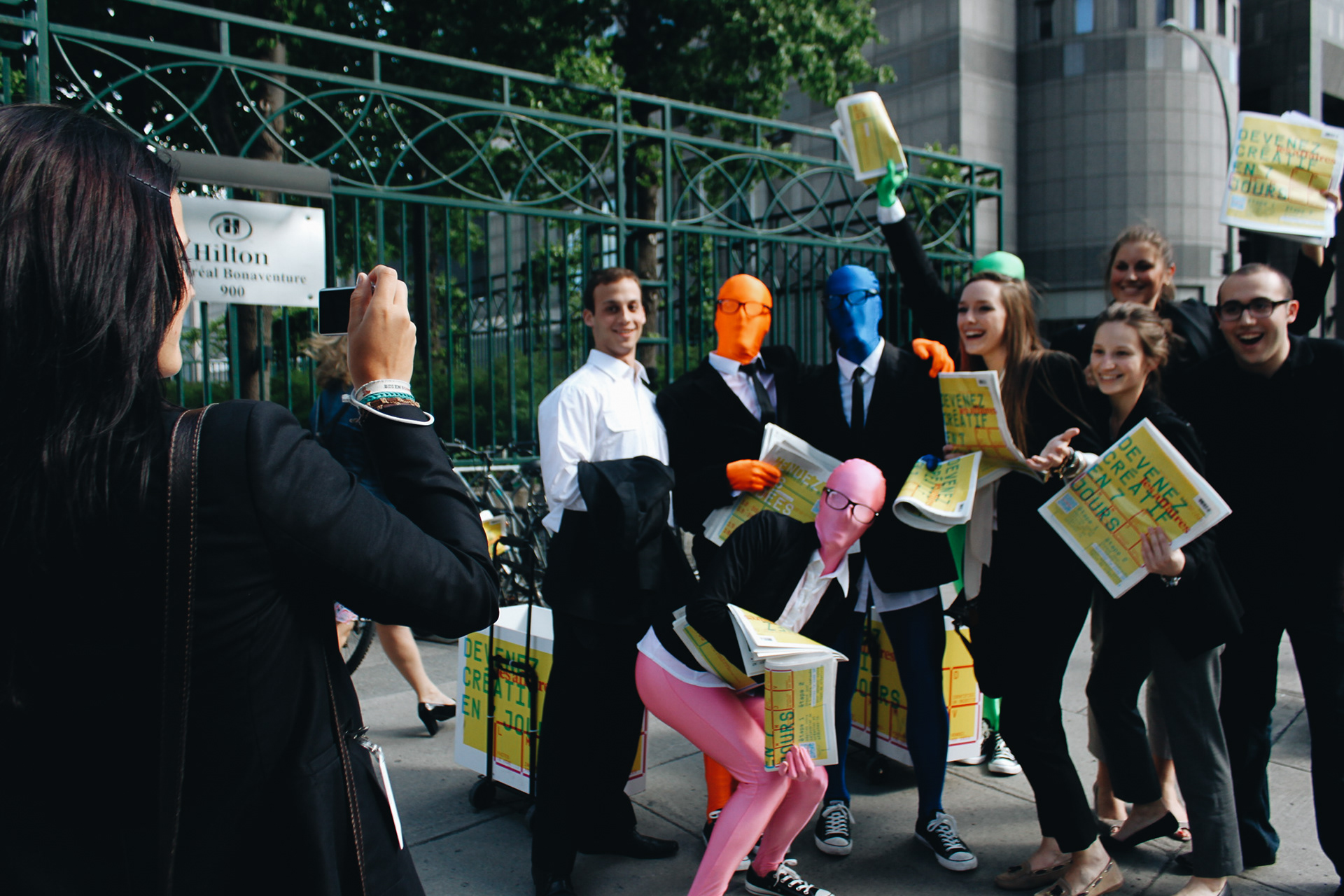 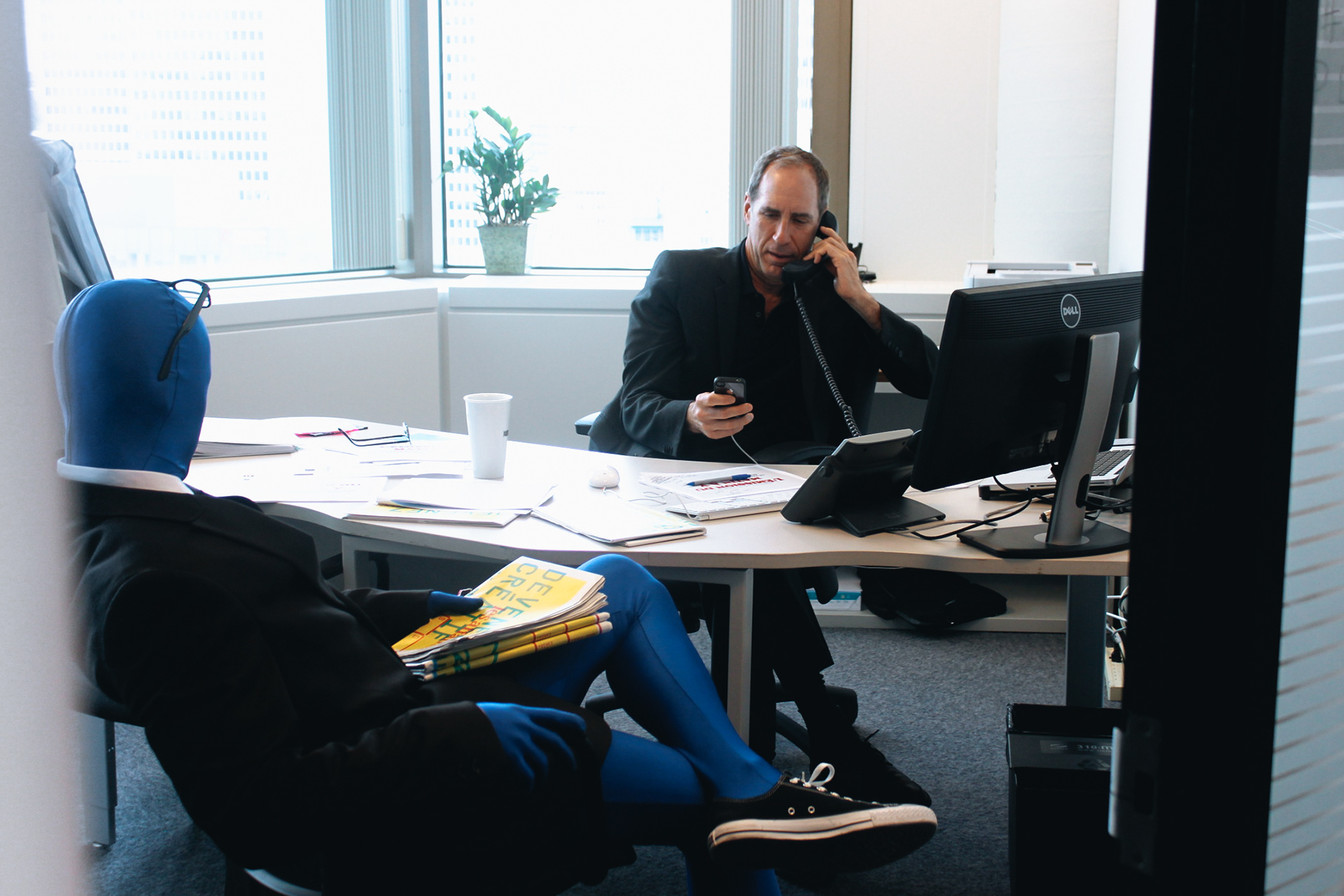 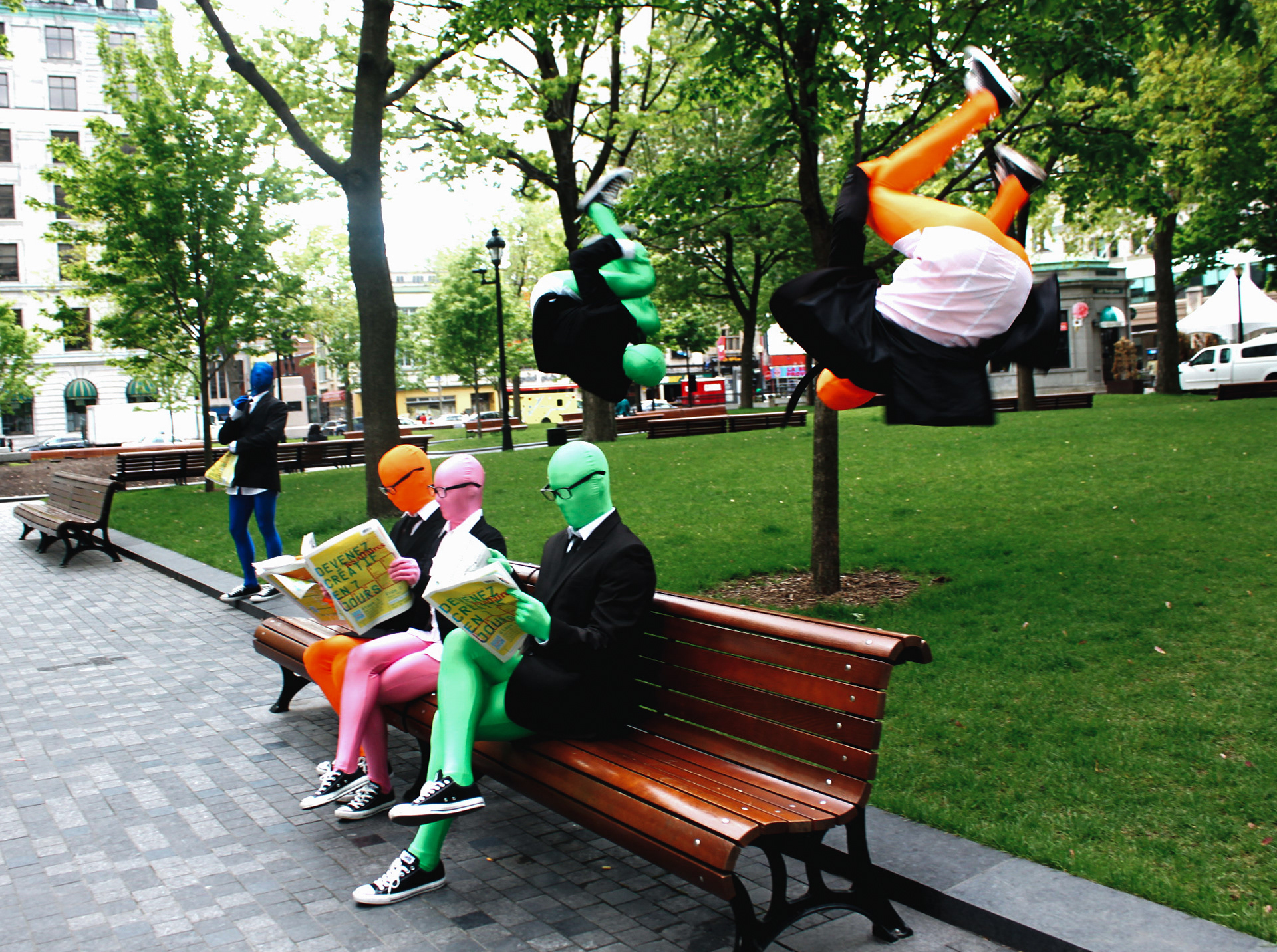 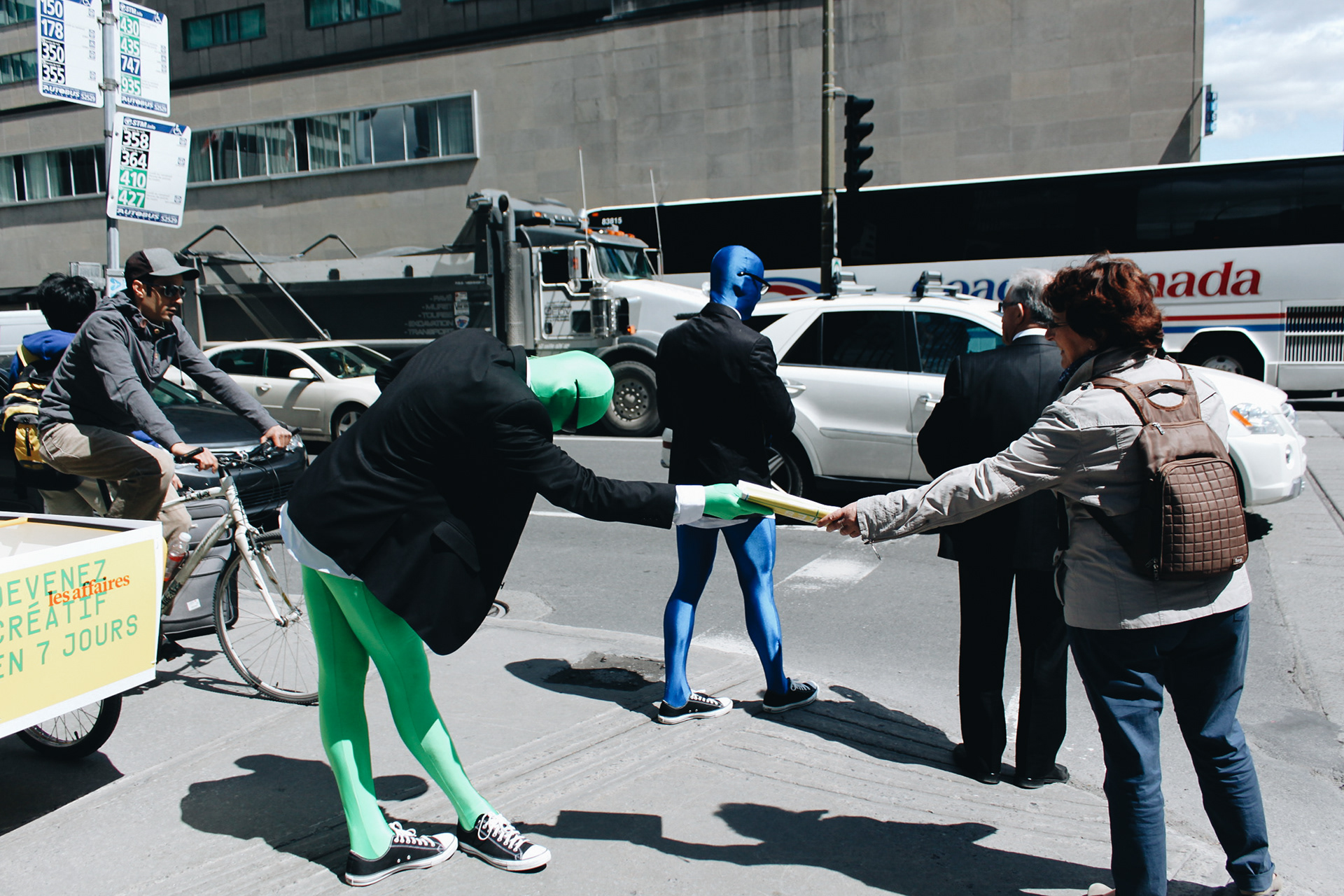