Leveraging technology to playfully illustrate Mazda's latest innovations, this activation took the form of a tour across all of Canada’s Autoshows, from Montreal to Vancouver.

Thanks to telepresence modules transformed into 8 friendly robots controlled from a distance, Auto Show visitors had the opportunity to learn more about all Mazda vehicles through extraordinary interactions. The robots were fully capable of talking and were even endowed with emotions: their facial expressions reacted according to the conversation with each visitor. The robots’ screens showcased interactive content to answer visitors questions through explanatory videos and photos.
Several times during the day, a preprogrammed choreography - during which the video and lighting were synced with the robots’ movements - allowed Mazda to distinguish itself and to appeal the Auto Show’s crowd in its space.

The robots attracted a great deal of media attention and were even given the chance to participate in a live interview on television. Overall, the activation allowed Mazda to interact with 80, 000 Canadians and to collect over 20, 000 emails with opt-ins for their database. The data were then used to send tailored offers and test-drive invitations to potential customers.
Agency: Youville
Client: Mazda
Category: Experiential marketing
Roles and responsibilities: Creative director / Conceptor / Creative technologist
AWARDS 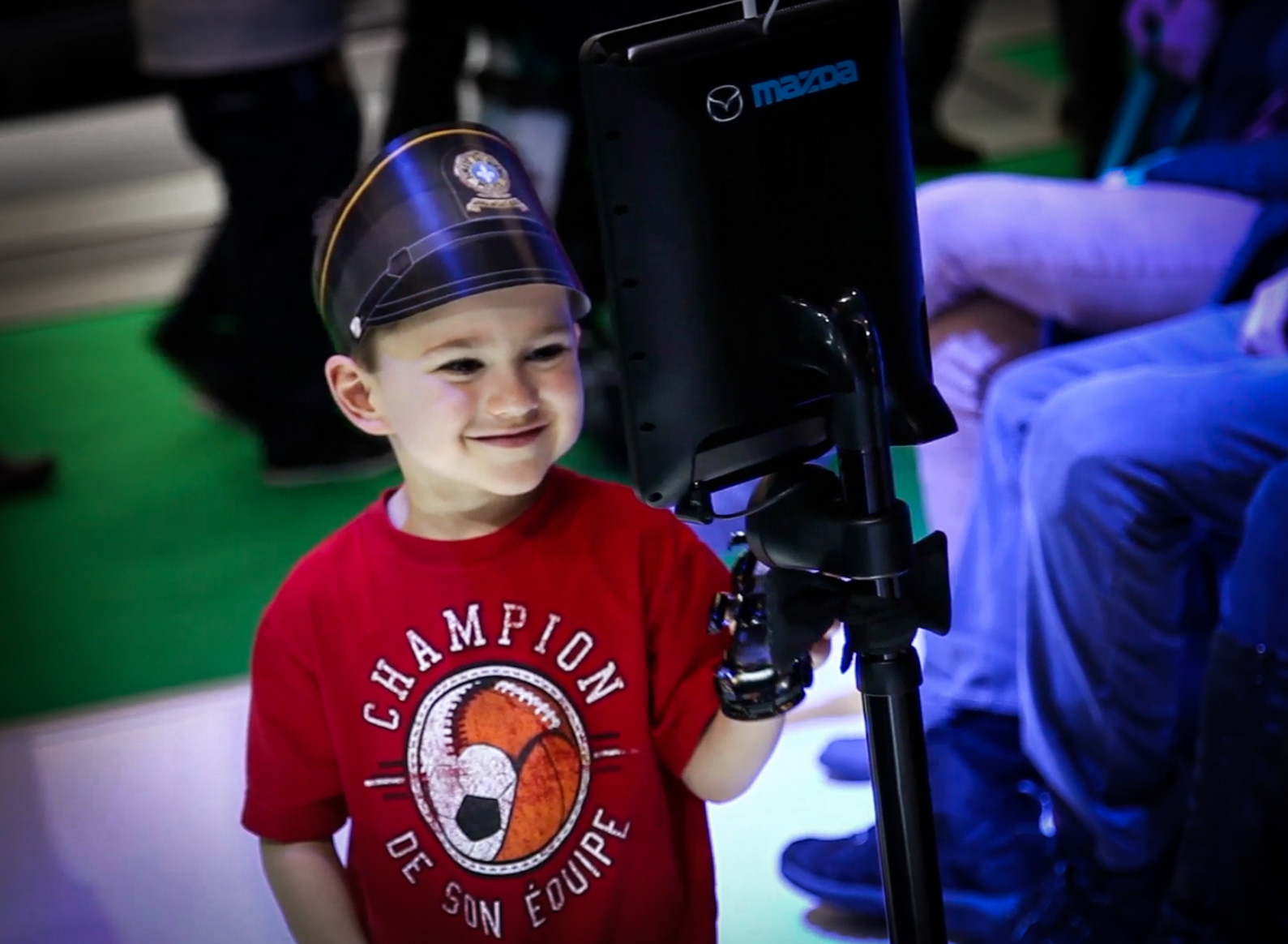 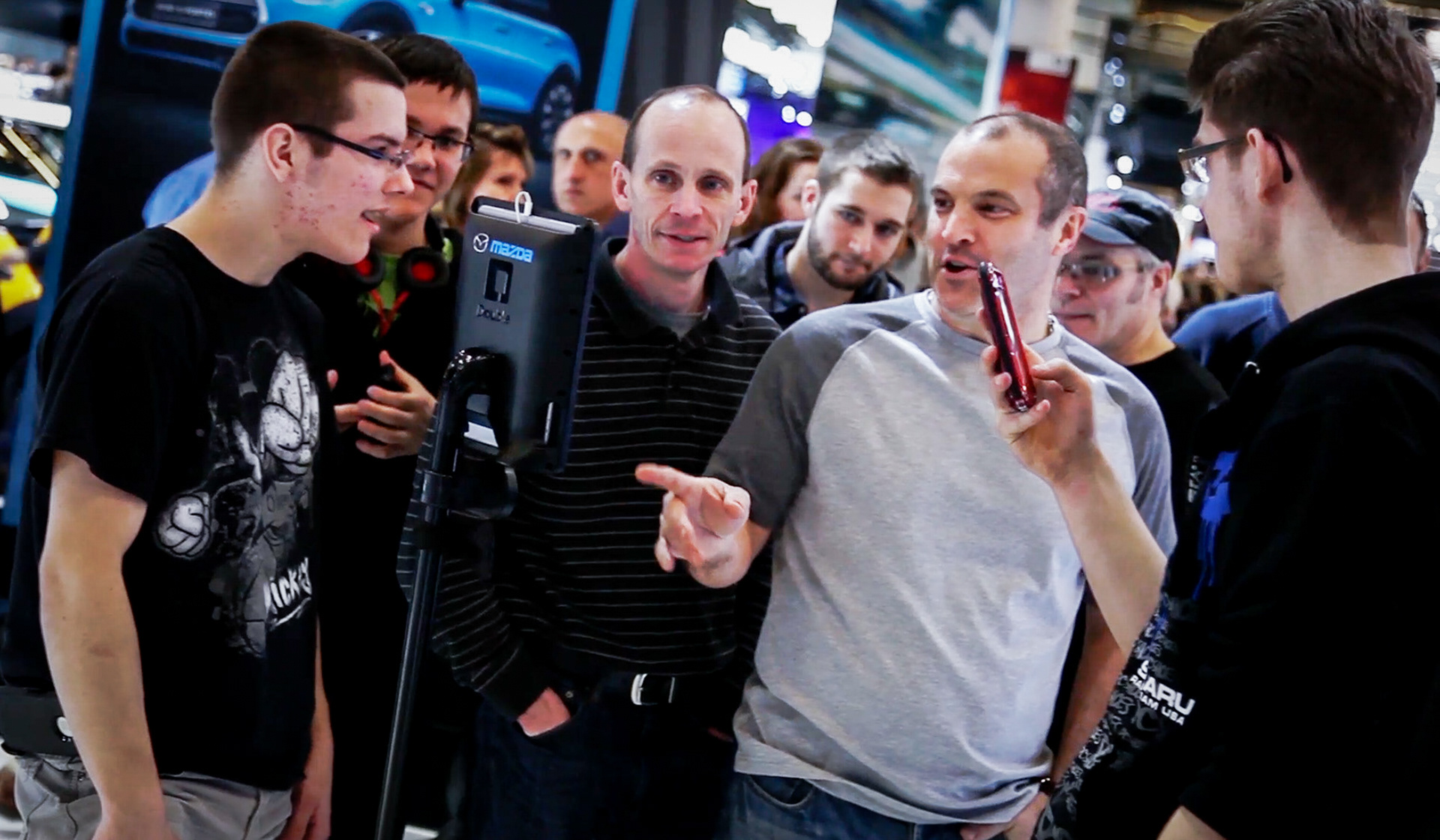 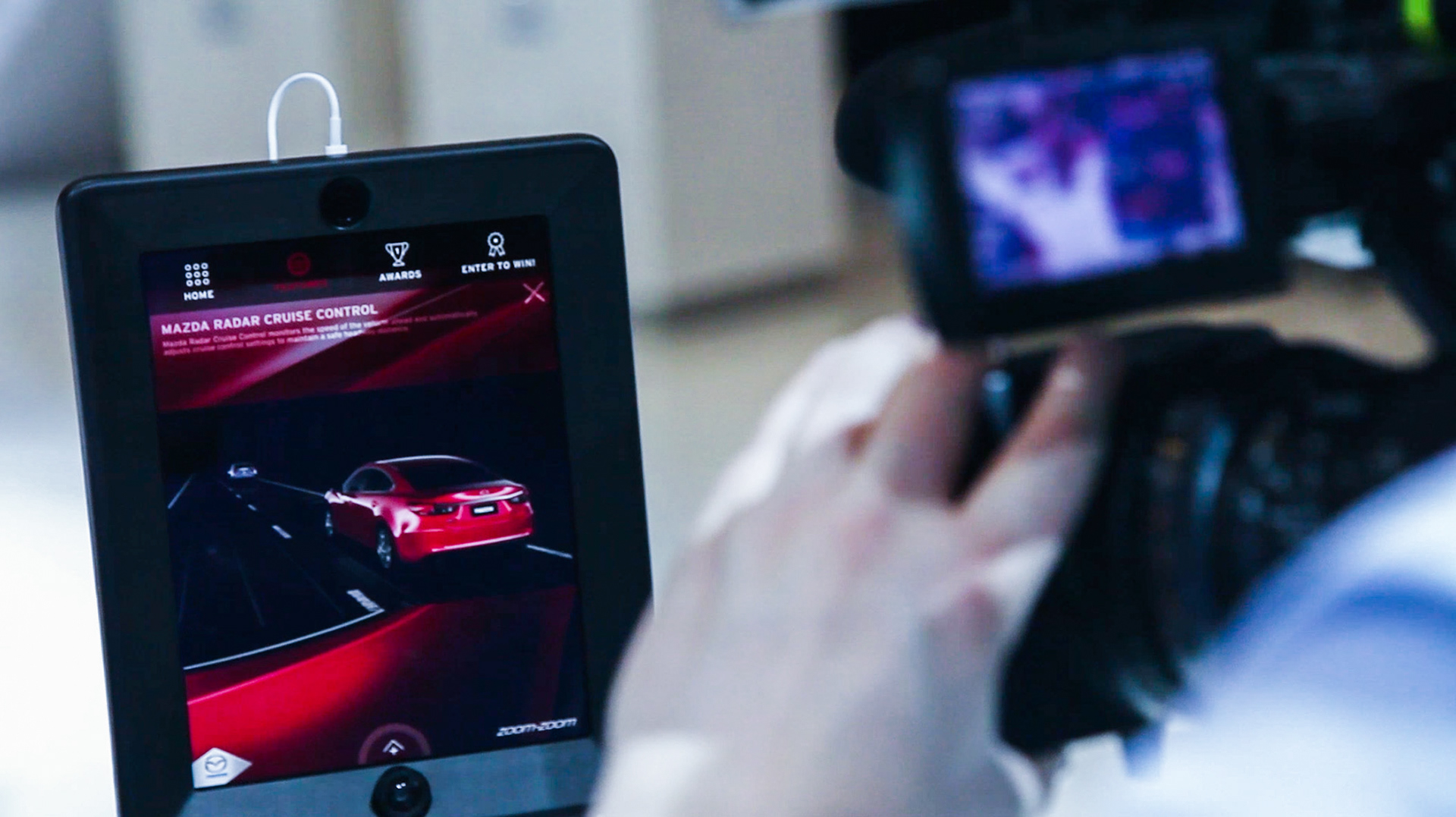 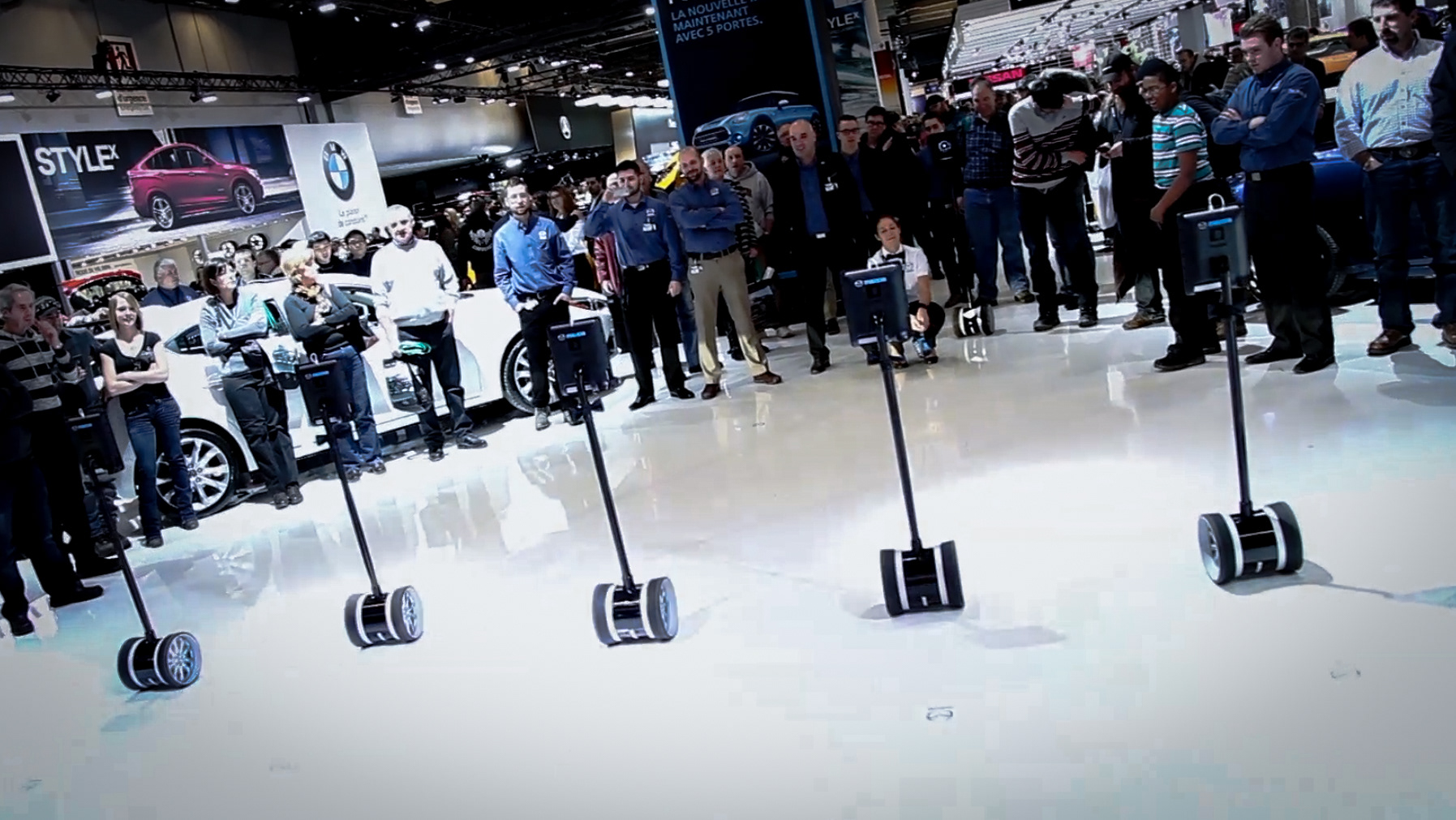 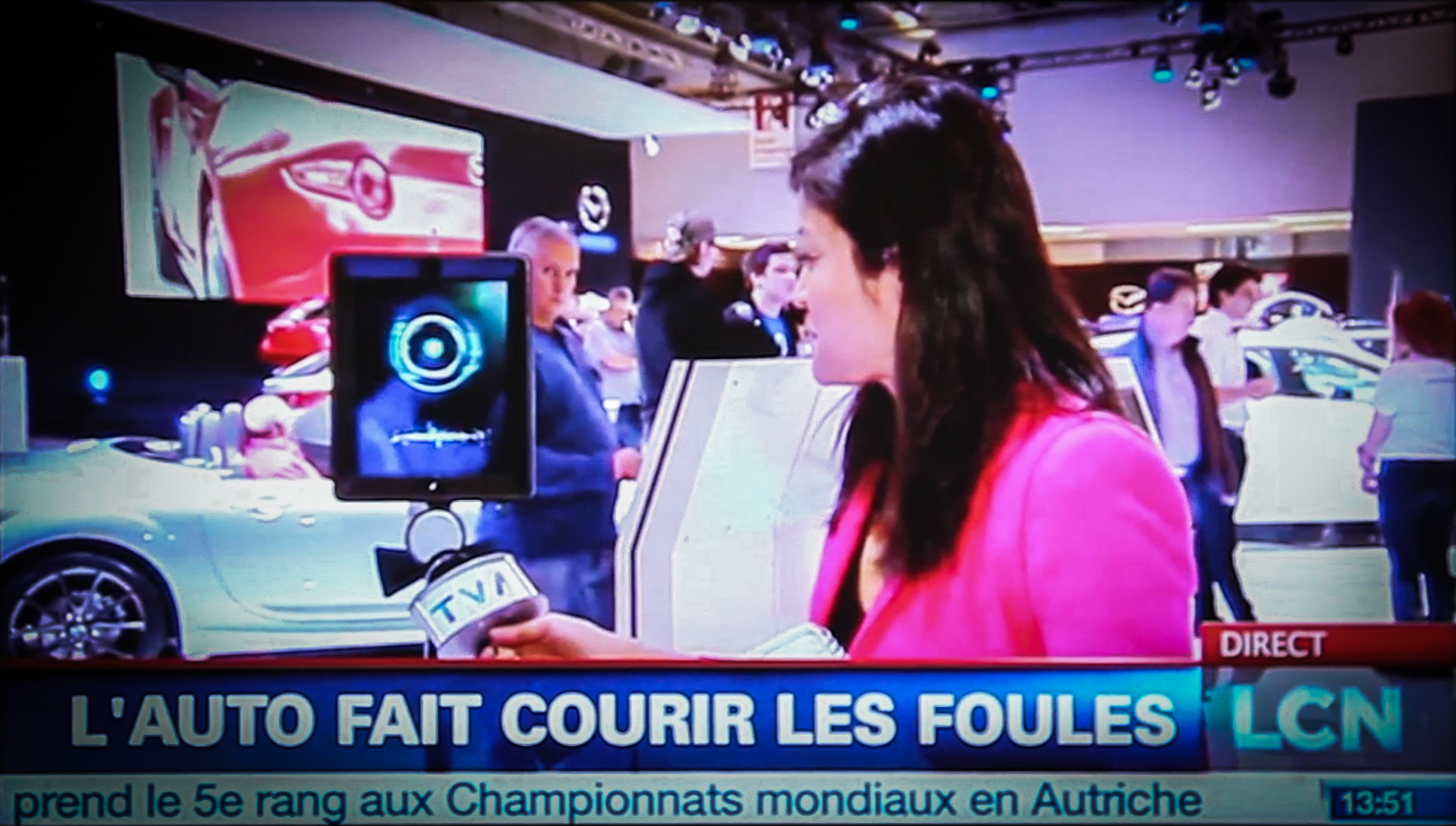