CASE STUDY - THE REUNION (PATRICK ROY x MARIO TREMBLAY)
The goal was to adapt Uber Eats successful global 'Tonight, I’ll Be Eating' campaign for Québec to position Uber Eats as the brand that supports local restaurants and, above all, understands the unique Québécois culture. In the original campaign, unlikely pairs of superstars come together to surprise consumers so we decided to reunite the most surprising duo ever for Quebecers.
Here, the Montreal Canadiens have cultivated a religious fandom. For decades indeed, the Canadiens were a successful team, winning a record 24 Stanley Cups. This ended abruptly on December 2nd, 1995, when Patrick Roy, the Hall of Famer and legendary Habs goalie, was left on the ice by his coach Mario Tremblay despite conceding nine goals. As Roy finally got off the ice, the two exchanged a stare that still haunts fans to this day. Roy left the team and the Canadiens seemed cursed. In fact, since the feud, the Habs have never reached the Stanley Cup final, and Tremblay and Roy never spoke again.
Fast forward 26 years. Uber Eats achieved the impossible by reuniting Roy and Tremblay for the first time in decades. The Reunion was born and made history overnight. The commercial aired during the Habs playoff game against the Maple Leafs. Watched live by 1 million Québécois, the spot recreated the iconic stare and included jokes poking fun at the longstanding feud. It spread like wildfire on social media. Fans not only rejoiced - they couldn’t believe their eyes.
The Reunion headlined across every major media outlet in Québec, gathering over 100 million media impressions - and counting - it engaged fans beyond industry benchmarks. The Reunion became widely shared not only in Québec but amongst hockey fans all over the world. Furthermore, fans and hockey reporters took to Twitter to credit Uber Eats for ending the Habs curse - an iconic measure of success that goes beyond impressions and changes the course (and curse) of culture.
Agencies: Mosaic x Special Group
Client: Uber Eats
Category: Advertising (TV, digital, social, OOH, PR)
Roles and responsibilities: Creative director / Copywriter 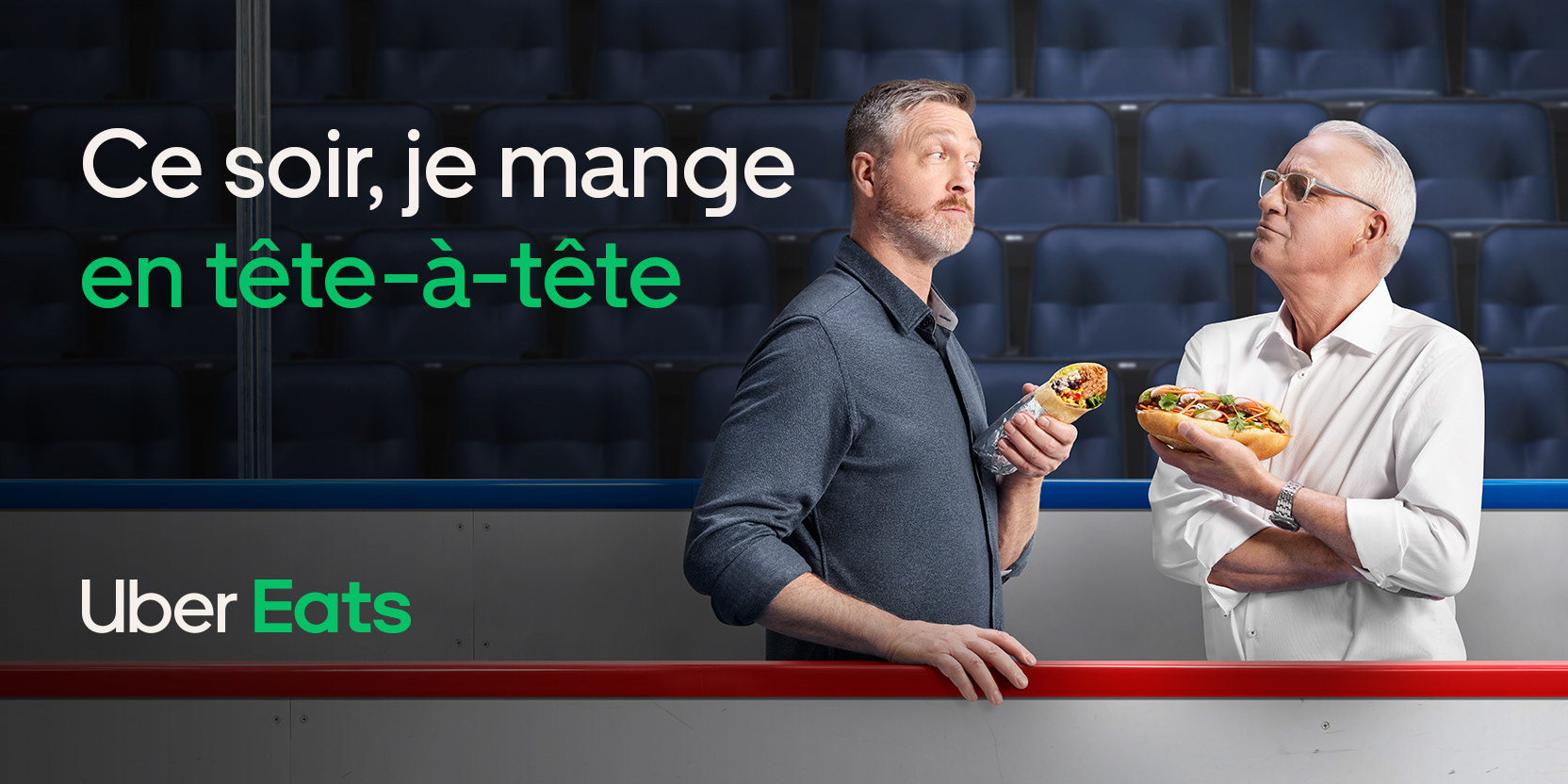 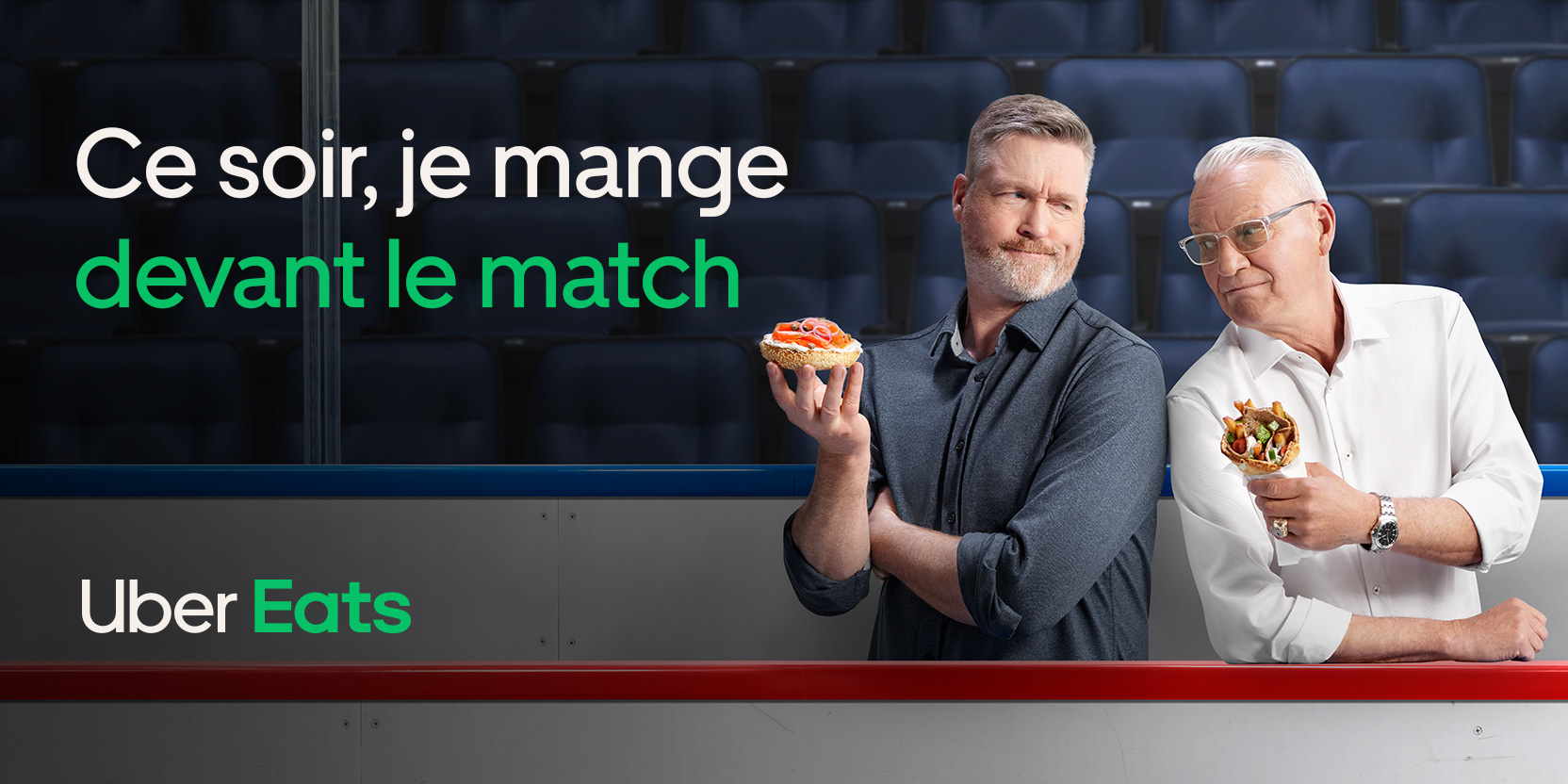 CASE STUDY - GINETTE RENO x LOUD
Following the success of "The Reunion" we reunited two iconic musicians bridging the gap between generations: Ginette Reno and Loud. Once again, this campaign broke the web.
Agencies: Mosaic x Special Group
Client: Uber Eats
Category: Advertising (TV, digital, social, OOH, PR)
Roles and responsibilities: Creative director / Copywriter
Congrats, you made it through here. Here is a reward for you: the ultimate proof that Ginette knows how to dance ;)